Faith sector voices at the Presidential Summit on GBVF-2 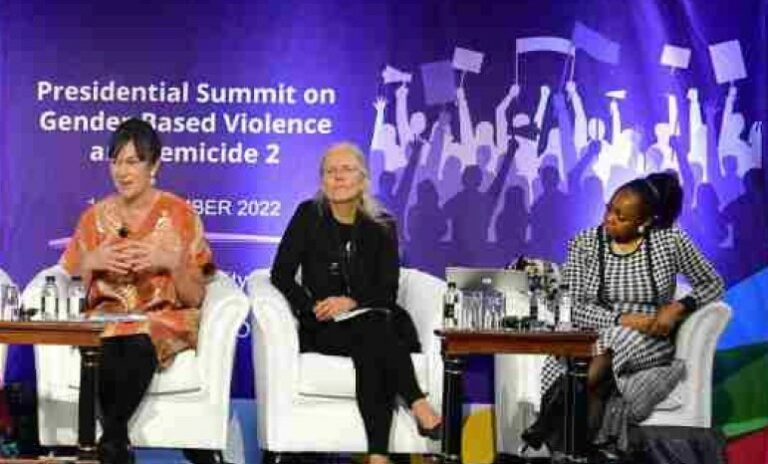 The presence and the voices of the faith sector were palpable at the Presidential Summit on GBVF 2 held on 1-2 November. In the first Presidential Summit, the faith sector was strikingly invisible but in the recent Summit, the We Will Speak Out SA Collective and the Faith Action to End GBV played an active role in the development and shaping of the Summit as well as being visible in the programme.

“It was encouraging to have a definite inter-faith sector presence at the second Presidential Summit on GBVF, to take up space to share what we are doing as the faith sector to end GBVF. It was promising to witness delegates speak truth to power and raise their prophetic voice. The Summit allowed us as the faith sector to gain deeper understanding and build greater traction, and it created a catalyst for us to work together in a more intentional way,” said Merrishia Singh Naicker from the Faith Action Collective coordination team.

Both WWSOSA and the Faith Action Collective have a stated commitment to being survivor-informed. The Summit heard the cries and frustration of survivors during plenary sessions. According to WWSOSA Management Board member, Rev Storia Seitisho of the Methodist Church: “The Presidential Summit revealed the painful reality that survivors’ beliefs and expectations about the faith sector are largely about disappointment. However, the faith sector presence and the will to account gives hope that the cries of survivors are being heard. Survivors challenged the faith sector to self-correct as a trusted safe space and advocate for voices in the margins”.

It was powerful that the faith sector was given a space alongside senior national politicians and civil society actors on the podium in one of the plenary accountability panels. This created the space to acknowledge both the complicity of the faith sector in GBVF and share about the role of WWSOSA and the Faith Action to End GBV Collective in pushing forward a transformative approach for faith leaders and all people of faith, including activists and Government officials engaged in GBVF work.

Daniela Gennrich, representing WWSOSA and the Faith Action Collective on the panel, gave a clear message:

“The faith sector is about you and me. The aim is to find ways to collaborate better in solidarity to advocate within our own faith institutions for institutional transformation, and thus shift the narrative across the faith sector, little by little. It is all of our responsibility to deal with the challenges in our faith communities.”

One of the Summit Action Caucuses also put the faith sector firmly on the national agenda to respond to and end GBVF. Some clear recommendations came out, which we hope will be included in the final Summit Resolutions.

Mandisa Gumada of the Anglican Youth in Southern Africa commented on the need for the faith sector to engage more with other stakeholders:

“The faith community, though visibly doing wonderful things in places, still needs to touch base more with other stakeholders like shelters and NPOs/NGOs, in order to respond holistically to the plight of GBVF. Ours is to be where people are no matter their ‘affiliation’.”

Hailey Fudu, Secretary of Religions for Peace reflected on the Summit:

“Although the task of ending GBVF is a daunting one, it was encouraging to find so many dedicated community workers dedicating their time and skills to the support and upliftment of survivors, and prevention of abuse. We pray that the resolutions adopted at the Summit will translate into government action and support for the various efforts on the ground as well as improved coordination and unified partnership and adequate resources.” 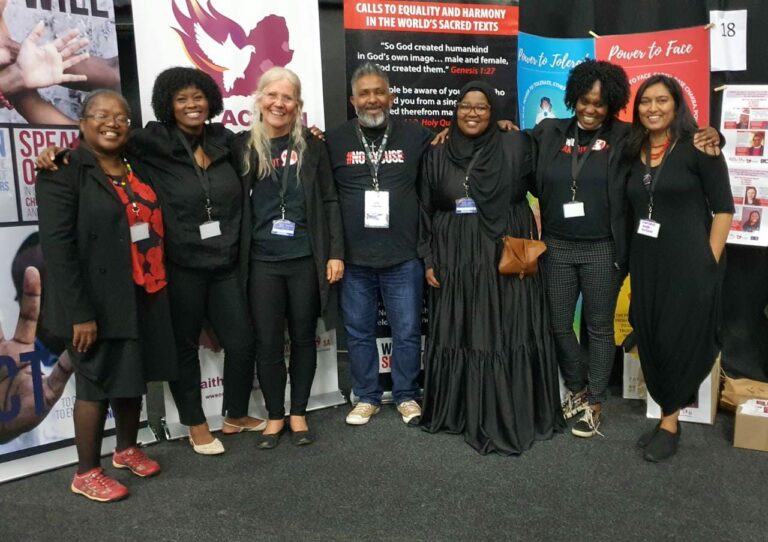 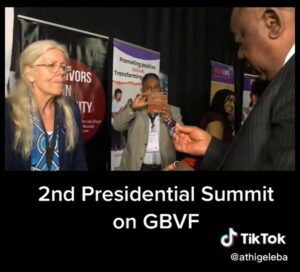 Pres. Cyril Ramaphosa getting a Thursday in Black badge from Daniela!